Greetings everyone and Happy Summer! It is so beautiful here in Taos at this time of year, it is my favorite:) There are 15 new paintings underway in the 2017 series; several large paintings including a life-size baby humpback whale. The whale painting is going to auction later this year for a gala fundraiser event to benefit the oceans. We’ll post more info here as the details unfold. I have also been working with a documentary film maker from Los Angeles who has been here in Taos filming in my studio all week. She and I met in LA during my solo exhibition in February. We are having fun filming and photographing the process and technique. We have a couple more Taos filming sessions planned this year as the series progresses. The photo here is a still screen shot from slow-motion footage of ink and giant antique horse-hair brush markings on a huge 15′ sheet of rice paper. The sequence was captured on film and also via still photography with another talented photographer from LA. So fun!!! 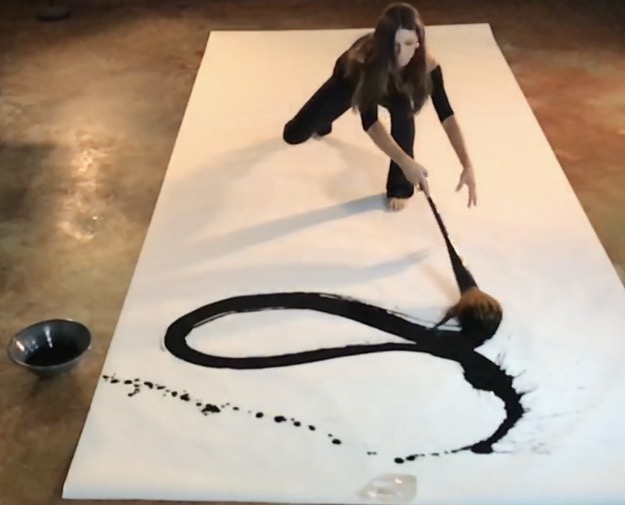